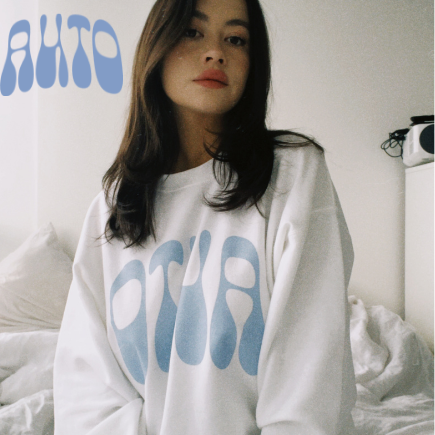 Hello Summer! For June 2021’s spotlight, we are proud yet again to feature one of the winners of the annual Pitch It! GBC competition hosted by startGBC. Meet Janine Kwok, the founder of AUTO.

I am a passionately creative person with a love for art and design. I grew up in the country and come from a large family, from which I am a first-generation Canadian.  My love for creating and designing came from a desire to make connections with people through my work. My latest project AUTO, came about after Professor Toni Allen, at George Brown College, had proposed the question, “What problem can be solved with design?” This question led me to think about my own struggle in living with a chronic illness and the isolation and stigma attached to the disease. When COVID-19, hit I was reminded that my medical insurance was something that I took for granted and that a lot of people needed help when they learned they were getting let go from their jobs. I began to research what could be done to remove the stigma and raise awareness around Auto-immunity and realized that there was a gap in the digital therapeutics market. People wanted a way to not only track and monitor symptoms, but they were missing that human connection to the disease. So, after months of research and the guidance of my Professors I proposed, AUTO: The Invisible Illness Project.

AUTO is a socially charged community-based platform to relieve stress and isolation among users with the ability to manage and track symptoms. Allowing users to feel in control of their health while connecting those who experience similar symptoms. AUTO donates a portion of sales to LUPUS Ontario.  AUTO The Label is a comfort wear brand, designed for working and lounging at home. Proceeds of these pieces are donated to selected charities that deal with chronic illness communities.

Janine Kwok has a degree in Design from OCAD University majoring in illustration and she’s a recent graduate of the Design Management Program at George Brown College.

What made you want to become an entrepreneur?​

I have always believed in using my passion for design as a way to help others. To find solutions, make connections, and create work that is both inspiring and brings joy. Self-confidence is something I have struggled with throughout my teenage and adult life. I think it is easy to get bogged down by comparison and being tough on ourselves. If you would have told me a year ago I would be here writing this about myself I would not have believed you. I never thought I had this drive in me, that is until, I realized the only thing holding me back, was me. I come from a family of hard workers. I have big shoes to fill. My parents inspired me to go for my dreams even if they didn’t seem feasible. I decided to become an entrepreneur because I know I have what it takes to create a successful business.

Why did you create your business?

When I was 15 years old I was diagnosed with Rheumatoid Arthritis. There were days I couldn’t walk, or even get out of bed. My illness came out of nowhere. I was always someone that feared change and I had severe anxiety. After elementary school, my parents decided to send me to a different school, where I knew no one. This proved to be too stressful at the time and led to a physical response in my body. Auto-Immune illnesses tend to be hereditary but in my case, stress had brought it on. Being 15 you are meant to be socializing, participating in sports, hanging out with friends. But this was a time I was on heavy medication, missing classes, handing in work late because my blood tests were out of town, etc. It was a super dark time for me and I had never felt so alone. I craved connection and someone to confide in. I didn’t share my illness with anyone fearing how I would be perceived and judged. So I kept to myself and remained alone in my suffering.

The idea for AUTO came from the lowest point in my life. I truly believe, if I had someone to confide in, ask questions and relate to during this time, I could have saved a lot of heartaches. I created AUTO so that no one else would have to feel the way 15-year-old me did.

What successes have you enjoyed so far with building your company?

Launching AUTO was not only a career highlight for me, it was also a personal milestone I thought I would never achieve. It gave me the ability to channel my pain into something that can help others. The most rewarding and surprising success I have had so far in this process has been the people I have reached. Having people reach out to me and thank me for speaking up for them has been more rewarding than anything. I never thought I would be comfortable with sharing my journey but it’s only brought me positive experience and connections to those who are in similar positions.

Competing in the Pitch It! GBC competition hosted by startGBC was also a highlight. It was such an honour to make it to the finals and when we won first place against so many great pitch presentations, I was floored.

Beyond all of these successes, I have had the opportunity to work with some truly amazing people and learn so much about their lives, passions, and businesses. The pandemic has forced so many great businesses to close but I’d say my biggest success is that not a single business I have worked with was forced to close its doors.

“The one piece of advice I would give to young entrepreneurs would be, stop worrying about how other people perceive you. I realized over the years and especially this year, that no one cares about you, as much as you care about you. Everyone has their own hell they’re being put through.

It is important to remember at the end of day, not everyone is going to like you, agree with you or even support you. But as long as you are true to yourself and confident in what you do, no one will ever stand between you and success.” – Janine Kwok