IN CONVERSATION WITH SKRATCH BASTID 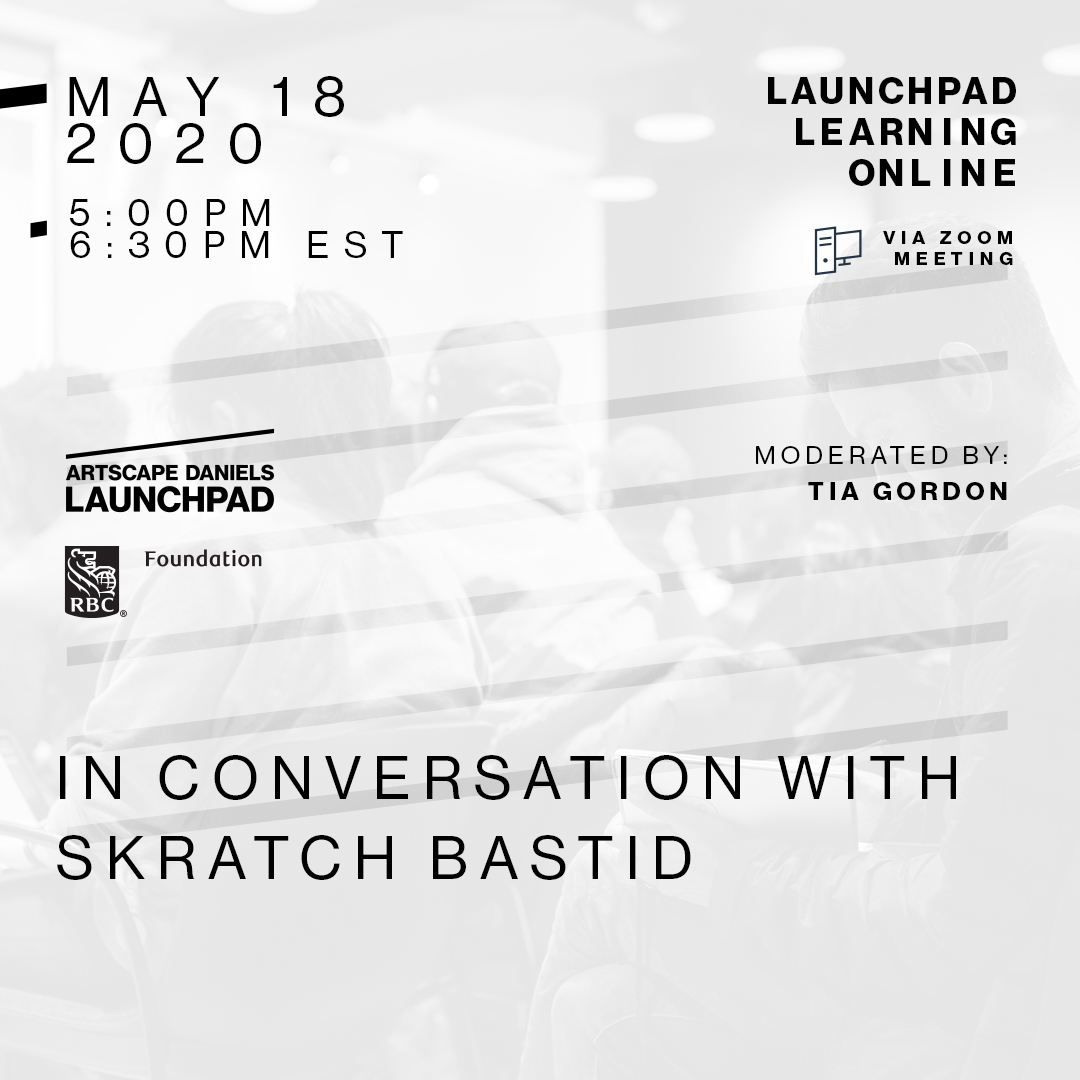 Join us for a conversation with Paul Murphy, AKA Skratch Bastid. During this 2 hours talk moderated by RBC Launchpad Music Entrepreneurship program participant, Tia Gordon. Skratch will share his experience and insights as a world-renown DJ and creative entrepreneur. Paul has mastered how to build a unique brand from his craft. Since 2010 he has hosted a daytime block-party called Bastid’s BBQ all around the world (he even has his own HOT SAUCE!) and started his own DJing school. Do not miss this opportunity to learn from one of Canada’s most valued gems.

Paul Murphy, better known by his stage name Skratch Bastid, is a world-renowned DJ and producer. He is a three-time winner of the coveted Scribble Jam DJ Battle and is currently a global ambassador and judge for Red Bull’s Thre3style DJ competition.
Known for his comfort and versatility in different styles of hip hop, funk, disco, club, rock, and just about anything that makes people dance Skratch Bastid has showcased his skills in over 30 countries.
Every summer he celebrates his culture in various cities around the world through an event series called Bastid’s BBQ, which has featured headline performances from the likes of DJ Jazzy Jeff, DJ Premier, Pete Rock, Biz Markie, Just Blaze, Ali Shaheed Muhammad among others. In 2008 he became the first-ever Canadian DJ to be nominated for the Juno Award for Producer of the Year proving that he’s just as comfortable in the studio as he is on stage. With unrivaled technical skill, a sixth sense when it comes to playing the selection, and an infectious charisma on stage, many have said that Skratch Bastid is probably your favorite DJ’s favorite DJ.