Enterprise Startups and AI: From IP to Acquisition 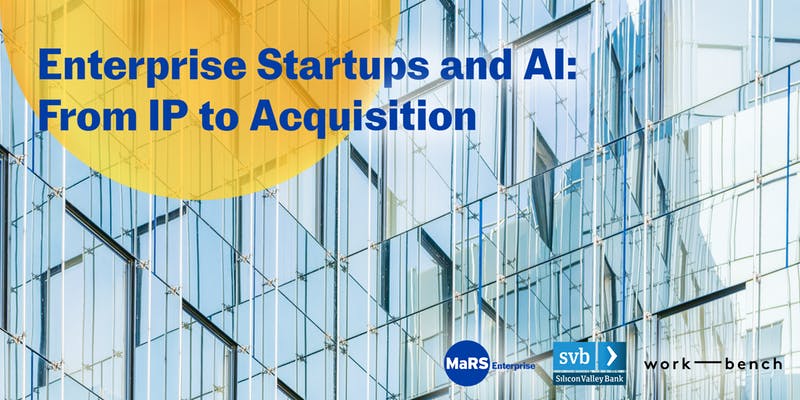 On December 5th, 2018 MaRS, Silicon Valley Bank and Work-Bench host a distinguished panel of experts as they discuss the lifecycle of an enterprise AI startup.

Alex Krizhevsky is a technical advisor at Dessa, a leading artificial intelligence startup that deploys customized AI solutions for enterprises. Formerly a researcher at Google Brain, Alex is globally recognized as one of AI’s most singular contributors. In 2012, while completing a PhD under Geoffrey Hinton at the University of Toronto, Krizhevsky invented AlexNet, a deep learning network that used high-performance GPUs to produce unprecedented results in image recognition. Since then, AlexNet’s results have played a significant role in shaping deep learning’s impact within the global technology industry.

Pratap Ranade leads engineering and data science at Enigma Technologies, a series C company transforming public data for enterprise use. Prior to joining Enigma, Ranade co-founded and was CEO of Kimono Labs, a Y Combinator company that was acquired by Palantir in 2016. He holds multiple patents in applied machine learning and physics degrees from Columbia University and Stanford University.

Brian Rowen is the head of corporate development at Palantir, an early advisor to Robinhood and Xatori (acquired) and an angel investor in companies including MemSQL, Eero, Opendoor, Collective Health, People.ai and Affinity. Prior to joining Palantir, Rowen co-founded and was CEO of Propellor, acquired by Palantir. He was named to Forbes “30 under 30 in Enterprise Technology” in 2016 and is a graduate of Stanford University.

Natalie Fratto is vice president of Canadian expansion at Silicon Valley Bank (SVB) and splits time between NYC and Toronto. Prior to joining SVB, Fratto led operations for Y Combinator company Vive and worked as a strategist for IBM Watson. She writes on tech topics, including AI, for publications including Fortune, Motherboard and Fast Company.